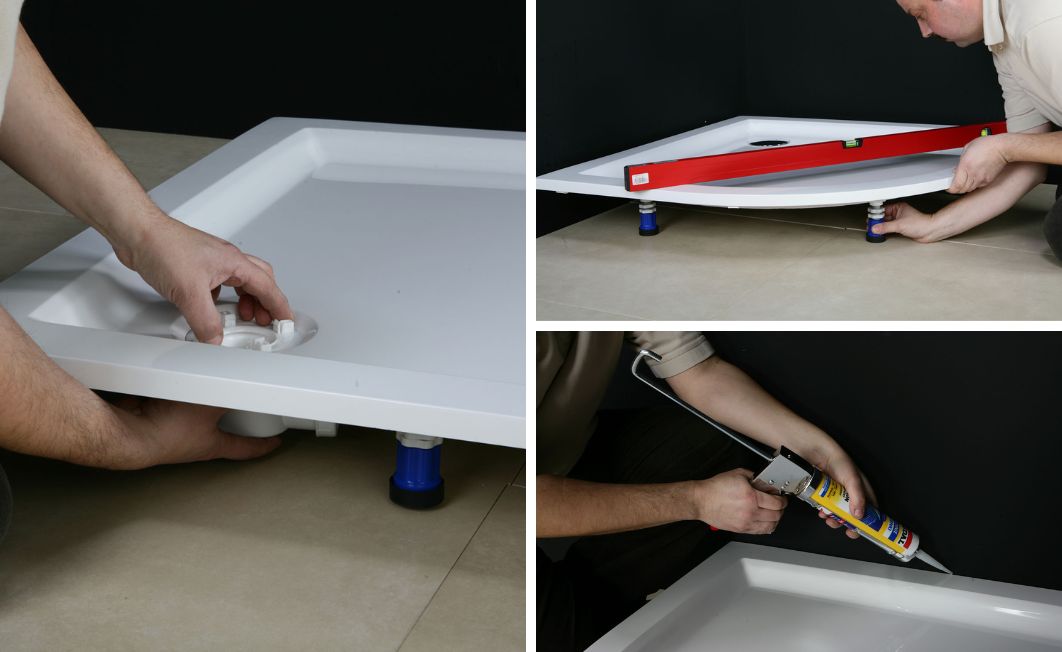 A shower enclosure with a shower tray is still one of the most popular solutions when arranging a bathroom - regardless of its size. It is especially useful when we plan to renovate an already existing bathroom and we are limited, for example, by the lack of a slope, needed if we want to install a cabin without a shower tray.

Our offer includes various models of shower trays. Choosing the right shower tray is largely a matter of taste and comfort of use, combined with a well-fitted shower enclosure, it is a guarantee of satisfaction for many years.

Shower trays with frames come in variants of various depths and shapes. To meet the expectations of customers, we offer accessories for the installation of shower trays (including, for example, housings and siphons), which will facilitate independent work.

Installation of the shower tray - where to start?

Self-assembly of the shower tray to the shower enclosure should begin with getting acquainted with the guidelines described in the assembly instructions provided by the manufacturer. What's more, gathering the right tools in advance will make our work easier. Once we have completed the screwdriver, drills, measure, spirit level, pencil, wrenches and screwdrivers, hacksaw, glue and silicone - we can start installing the shower tray of our choice.

How to properly install the frame in the shower tray? 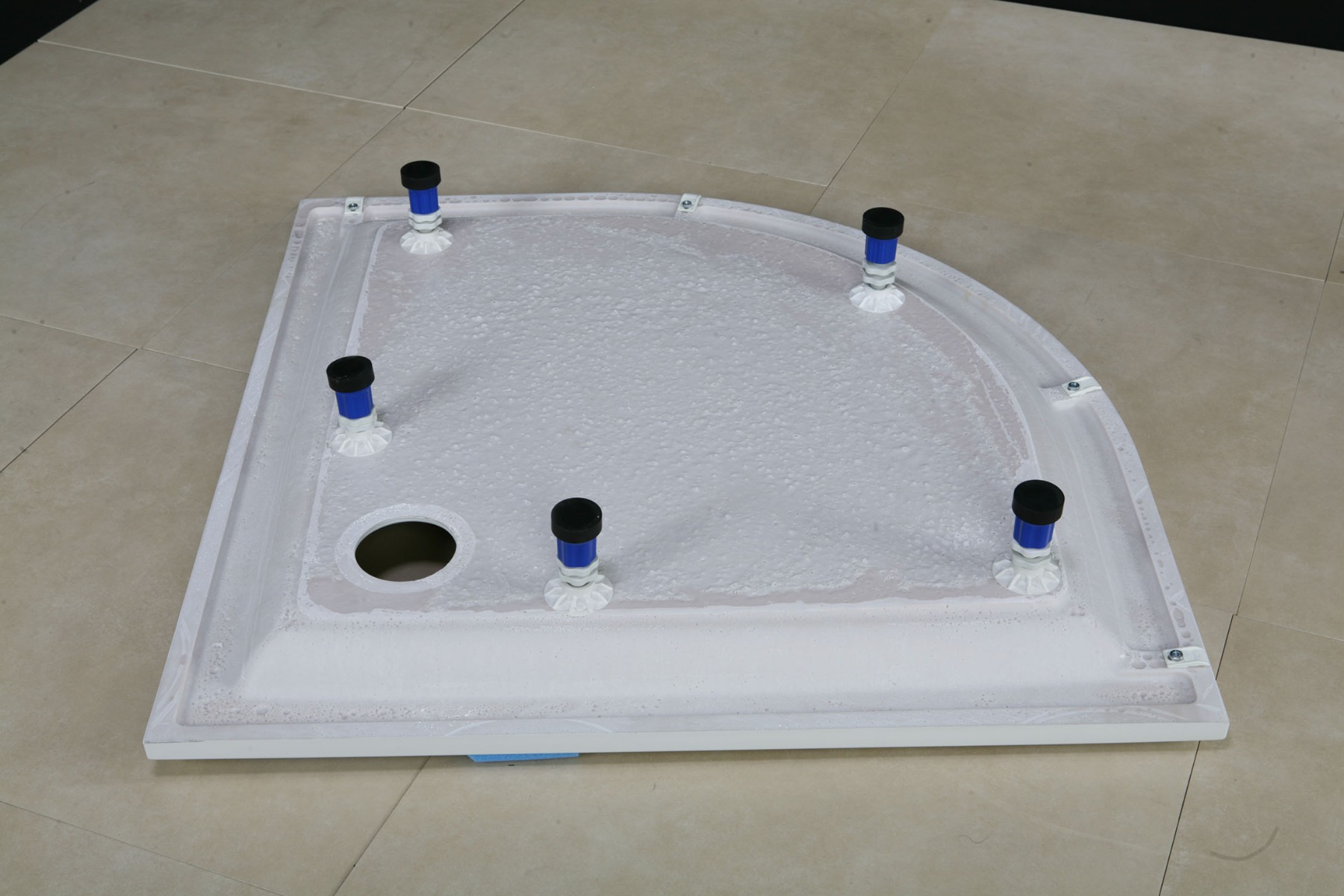 We start the assembly by screwing the included set of legs to the bottom of the shower tray - we use a screwdriver or screwdrivers. Depending on the selected model, these can be single legs or two profiles with legs. The height of the frame should be adapted to the size of the apron and the height of the legs of the frame should be adjusted to it by adjusting the threaded pin. Then we check if the whole thing is evenly on the ground, at this point a spirit level will be useful to check if the shower tray is level after placing it. Before connecting to the sewage system, remember to check carefully whether the whole structure is well fitted.

How to connect a shower tray? 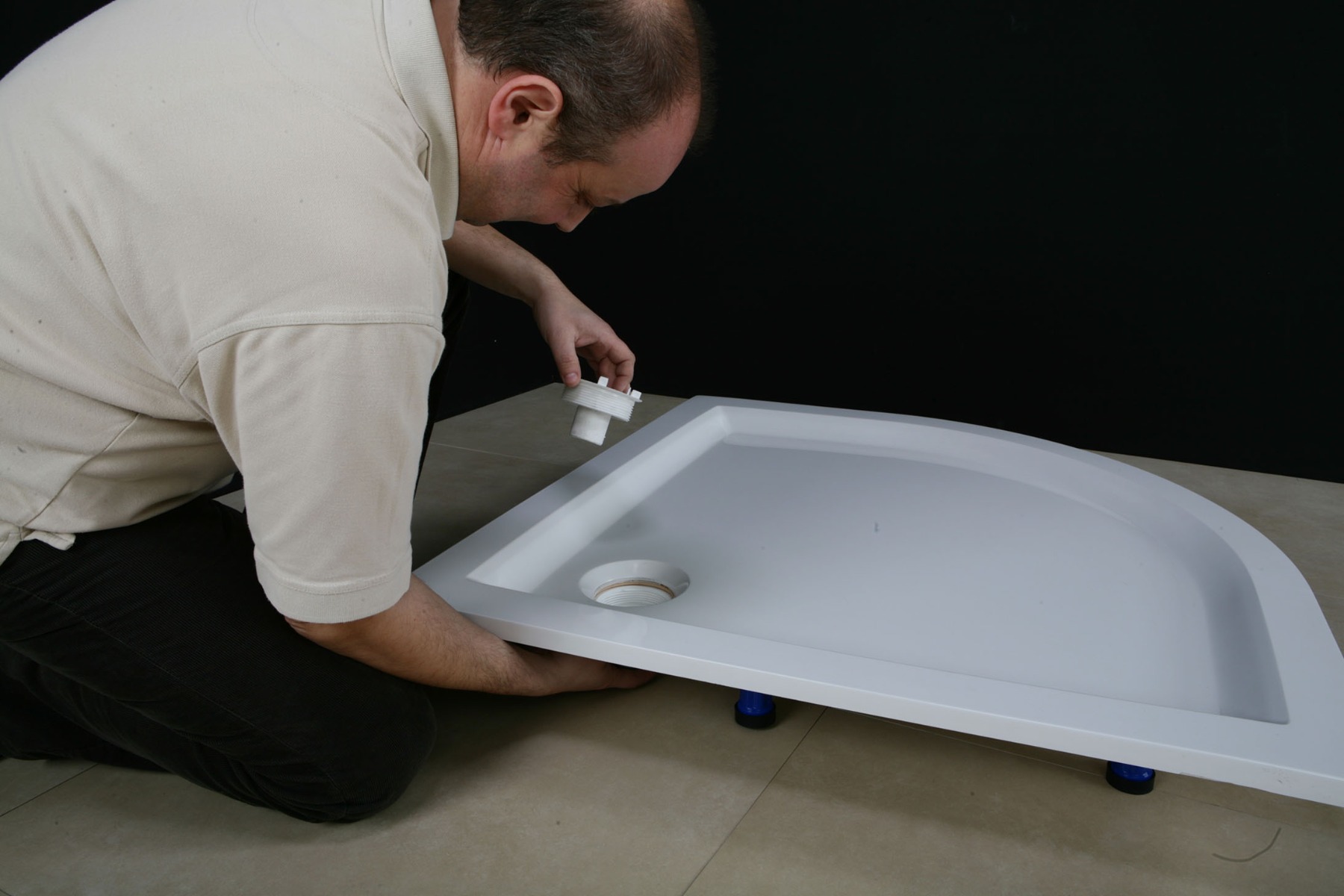 After screwing the frame elements together, we adjust the shower tray to the target place where it is to be located. Mark the drainage point for the shower tray on the floor, then place the siphon there. The correct type of siphon, compatible with the selected model of the shower tray, can be found in the accessories for Sanplast shower trays. Then connect the drain to the lower part of the siphon with a pipe, usually flexible, which can be cut with a hacksaw if necessary. Particular attention should be paid to ensure that none of the seals collapses, a good solution is to lubricate the seals and pipe ends with a special substance or… dishwashing liquid.

Quick and efficient assembly of the shower tray 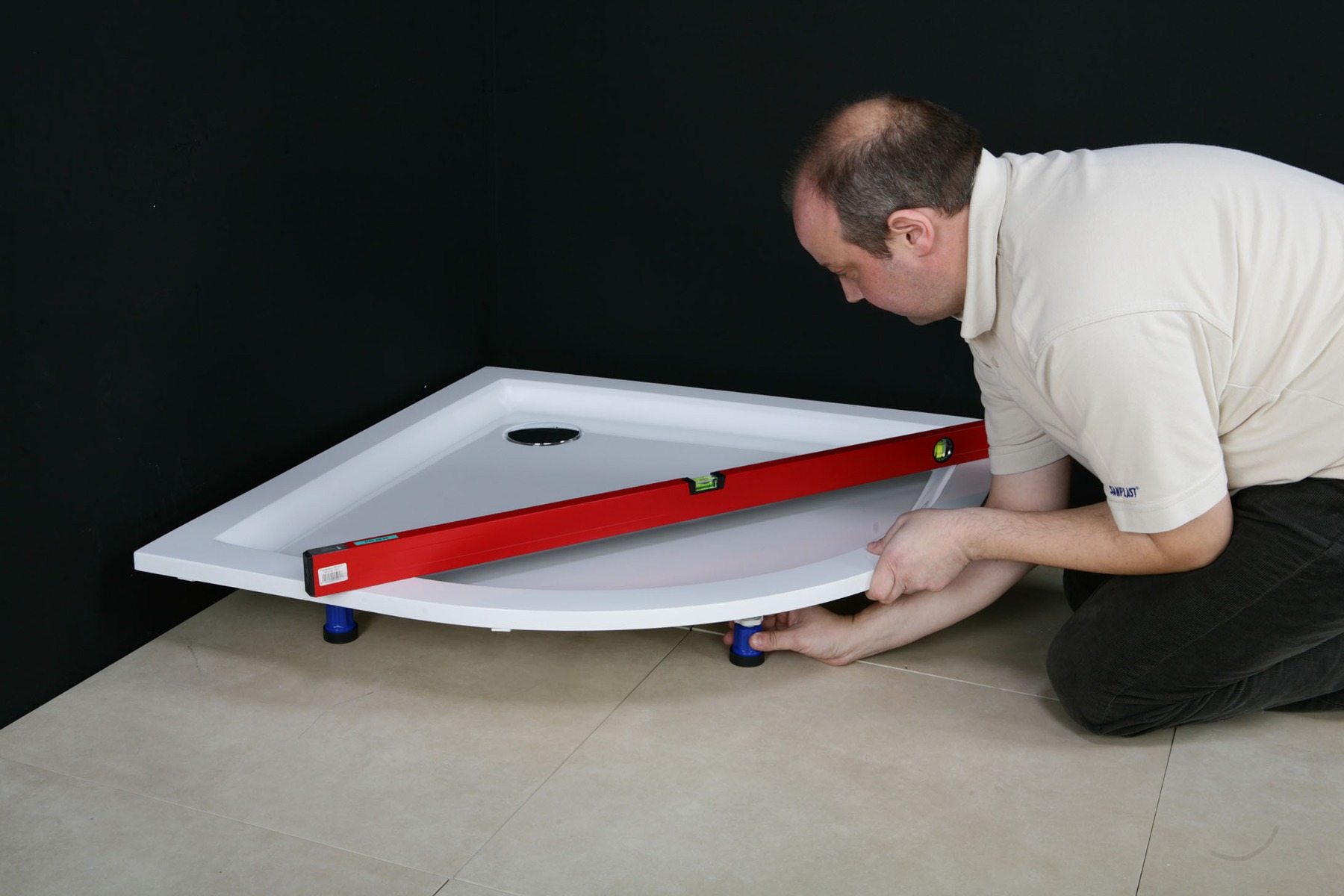 As you can see, the installation of the shower tray is not as difficult as it seems at first glance. After connecting to the sewage infrastructure, place the paddling pool with legs in the designated place and screw the upper part of the siphon with the lower one. At this stage, it is good to carry out a leakage test, which will allow you to verify that the siphon has been properly installed. If a leak occurs, re-check the correctness of assembly, including the alignment of the gaskets. If our shower tray is already sealed, remove the protective foil from it and start assembling the housing.

How to mount the apron?

Sanplast aprons mean not only the highest quality of the product - it is also efficient and simple assembly - they can be installed in the blink of an eye. Similarly, access to the space under the shower tray (in the event of breakdown or maintenance work) is quick and easy. To do this, attach the special handles attached to the set to the bottom of the shower tray, close to the rim. After the shower tray is finally mounted, the casing is inserted into the handles and the casing is in its place.

After mounting the apron, fill all the gaps at the wall with silicone. Remember, however, that we can use the shower tray only after the silicone is completely dry.

Today we are celebrating World Beauty Day! So let's find time for ourselves in our schedule and let us forget about the world around, focusing on taking care of our needs!

Bathroom - favorite place in the house

Each of us has our own asylum at home, in which we are able to cut ourselves off from what surrounds us every day. More and more often a bathroom becomes such a room, in which we spend more and more time and in which we want to create a place to relax and "be alone with ourselves". And how to do it? It's easy! We advise you!

Quadrant and square shower enclosures - are you wondering which type to choose for your bathroom? Learn about the advantages and disadvantages of individual solutions in the Sanplast guide.

Structural shower trays - a luxurious and safe idea for your bathroom

Bathroom arrangements should be based on three values - functionality, which is the basis, comfort, so that we feel good regardless of the size of the space, and safety, so that every user can use it without restrictions. In order to fulfill the last value, our brand's structural shower trays from the Structure Mineral and Open Structure Mineral series come.