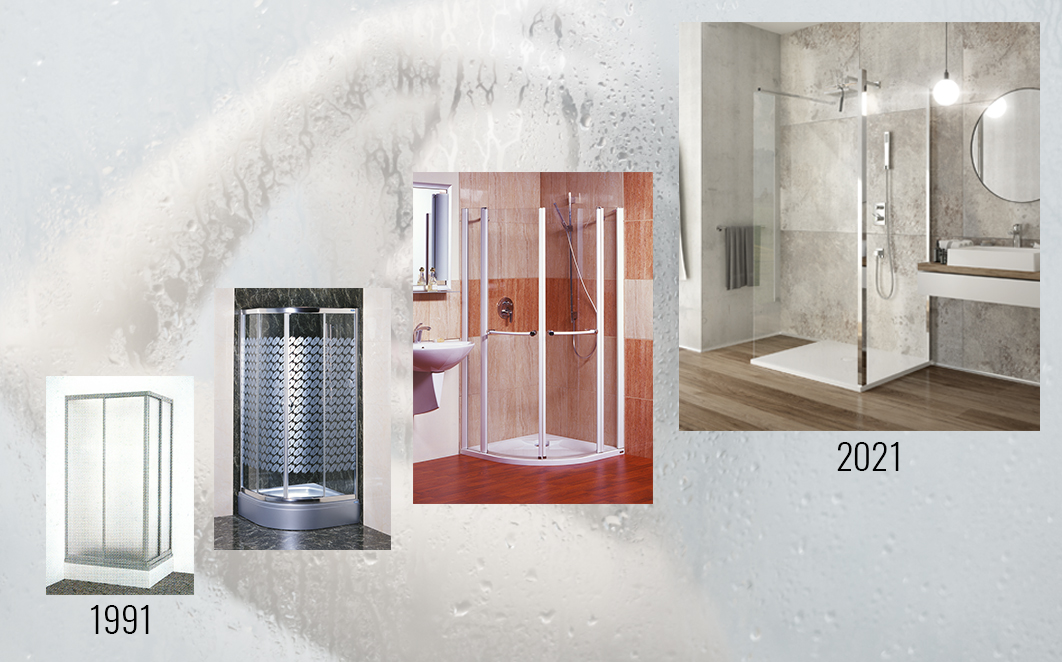 The history of SANPLAST began 38 years ago - in 1983. It was then that two brothers, Karol and Wiesław Podraza, started their activities in their hometown of Wymysłowice. In the beginning, they were involved in the production of car wheel arches and bumpers, later - polyester sinks. The breakthrough year turned out to be 1991, when the first shower enclosures were produced and introduced to the domestic market, straight from the SANPLAST factories.

In 2021, we celebrate the thirtieth anniversary of the first SANPLAST shower enclosure. At this time and place, the proper history of us as a Polish producer begins. The huge success associated with the production of shower enclosures led to further projects, generating more and more bold business goals. In 1997, we started the production of acrylic bathtubs, which were later equipped with whirlpools systems. Even then, the production line was located in a newly built hall. Today, SANPLAST is a leading manufacturer of shower enclosures, shower trays and bathtubs in Poland, as well as an international leader in the bathing salon equipment sector.

By implementing our ideas, we have gained a large group of clients and trusted partners. Modern technology, continuous development and the creation of bold visions resulted in the recognition of the brand. Obtaining the title of a leader is a continuous process, constant work of designers, specialists, industry experts and a team of production workers.

SANPLAST is synonymous with continuous development. When shower enclosures were introduced 30 years ago, they were significantly different from what we know today. It proves following the best solutions and creating trends.

The first shower enclosures were filled with polystyrene. The shape was limited to a choice of square and rectangular. Over time, products were equipped with 4 mm tempered glass, increasing the safety of use, which at that time was not as obvious as today, while in SANPLAST it was always a priority. Currently, the glass from which shower enclosures are made is a 5, 6, 8 mm thick tempered glass with the Glass Protect surface modification.

Shower enclosures have evolved over the years. 30 years ago, a shower enclosure was supposed to be practical in the first place. The colors of the available shower enclosure elements also changed - a dozen or so years ago, shower enclosures with profiles in shades of green, yellow, red and even pink and navy blue were popular. Today, such colors are no longer welcome in the bathroom. Customers focus on chrome or black details, the more universal solutions the better. Over time, the variety of products increased, attention began to be paid to design and aesthetics, as well as more and more functionality of the shower area. Along with the development of products, the philosophy of bathing salons has also evolved - starting the way with typical practical solutions - striving to fuse practicality, functionality, appearance and aesthetics. Nowadays, the shower enclosure has become the central part of the bathroom, giving it greater utility value.

First shower enclosure was produced in 1991. 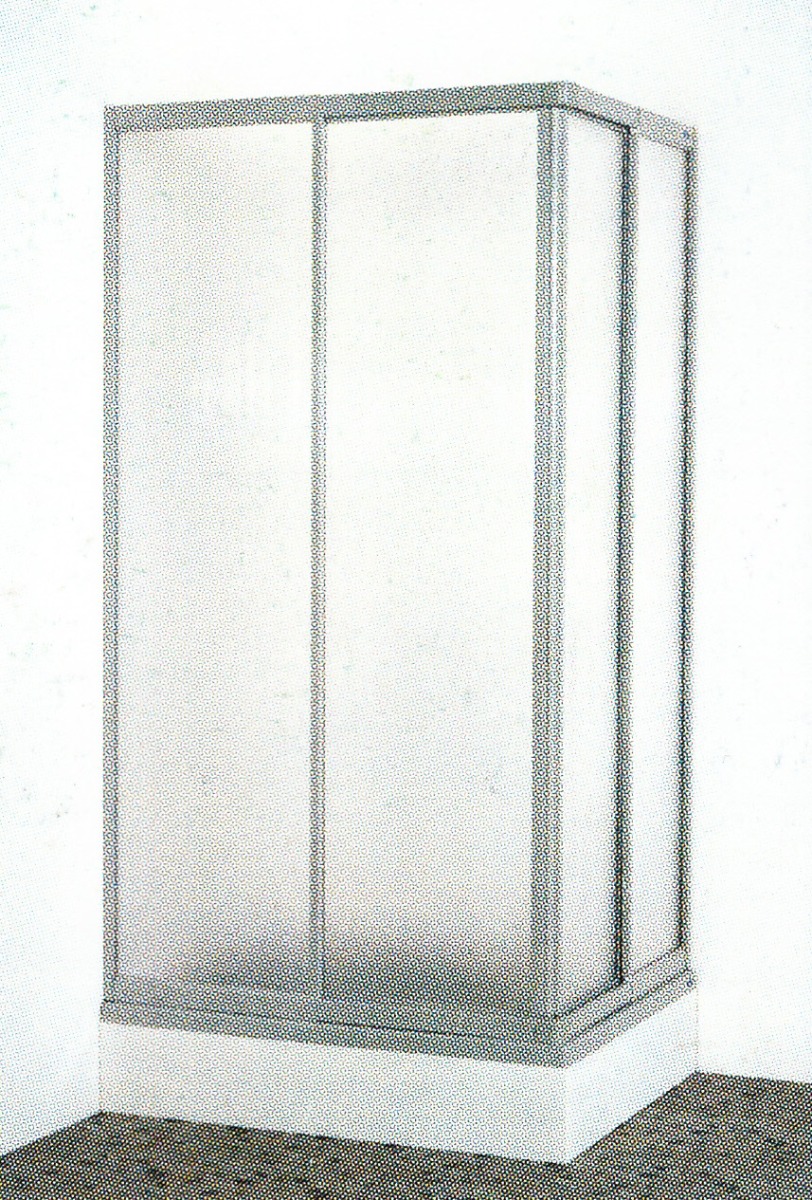 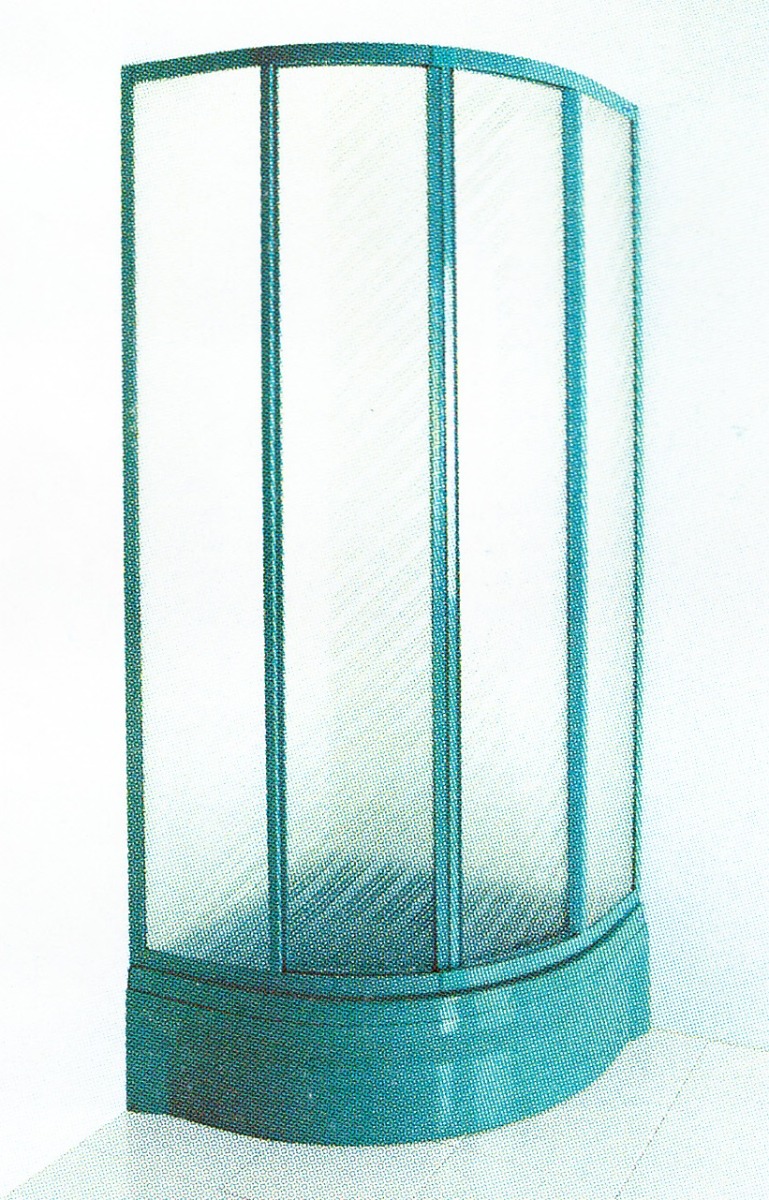 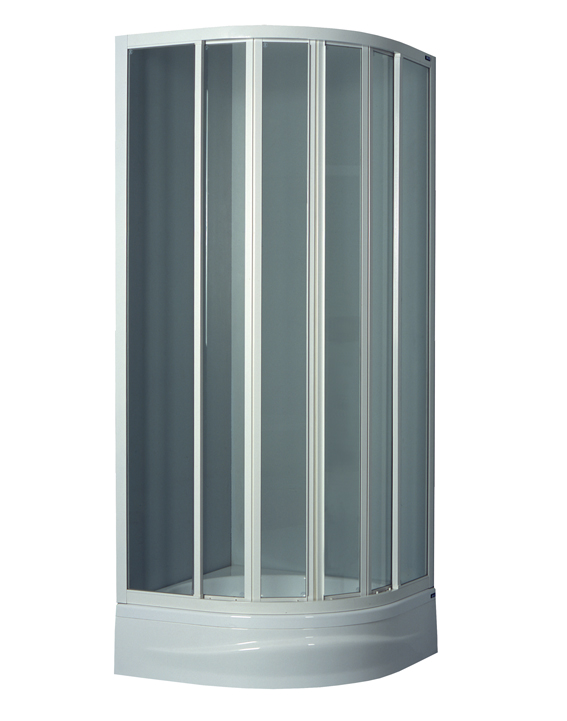 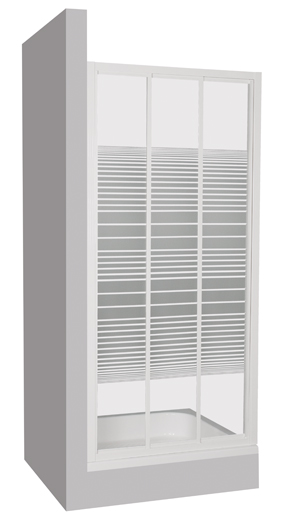 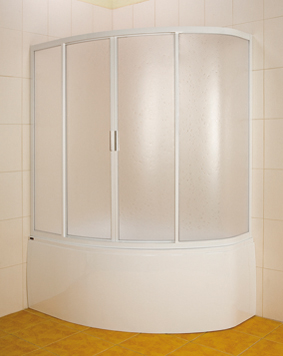 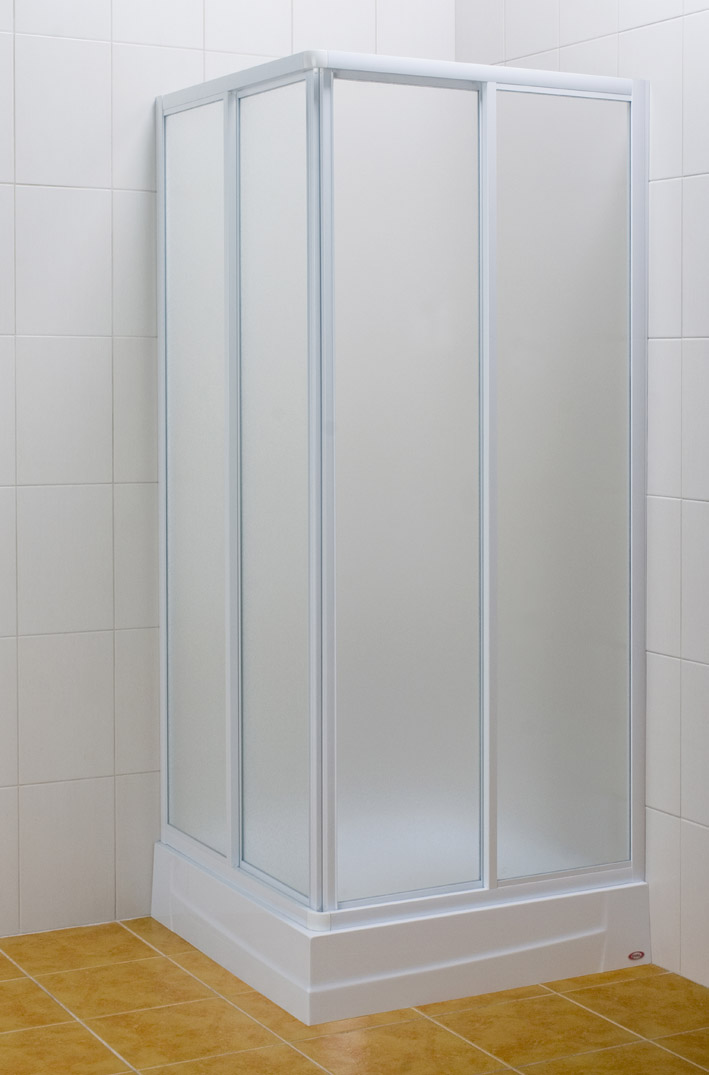 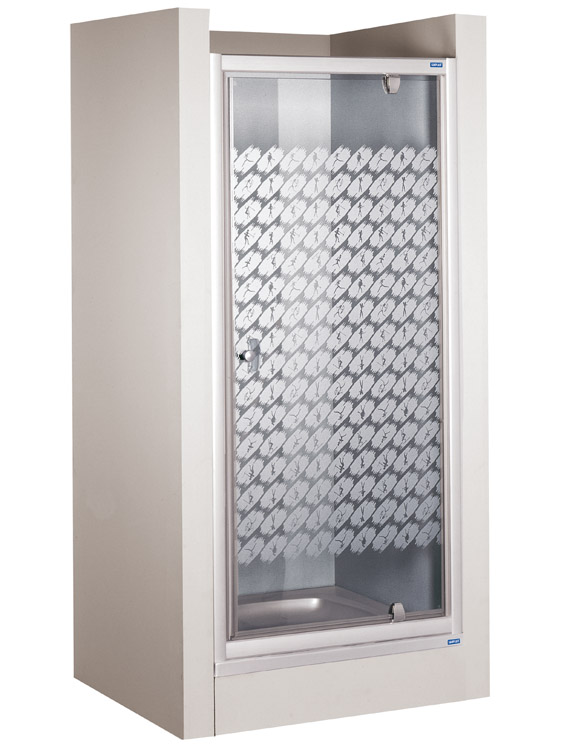 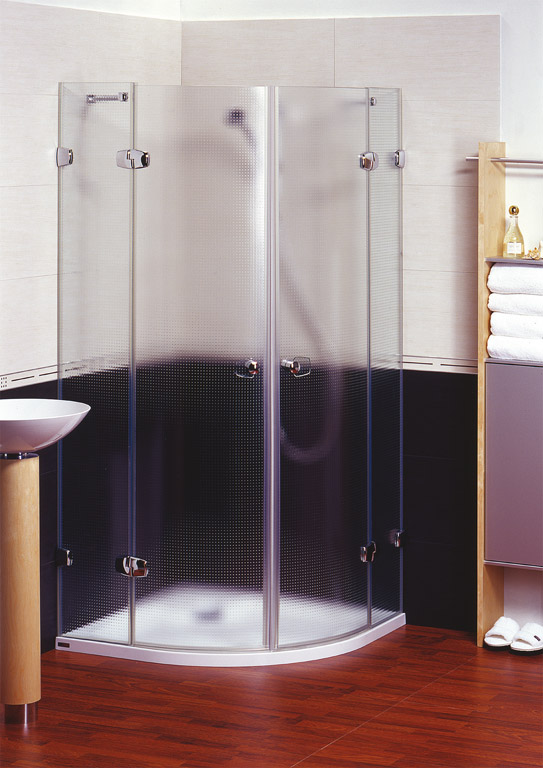 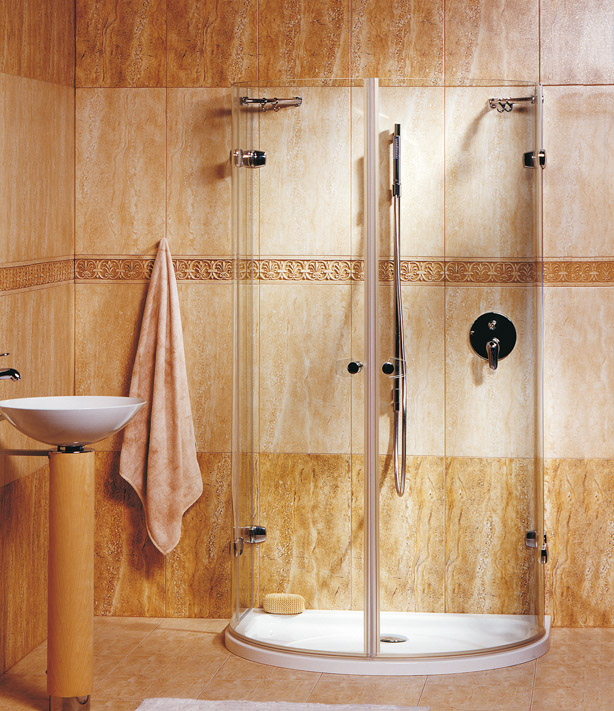 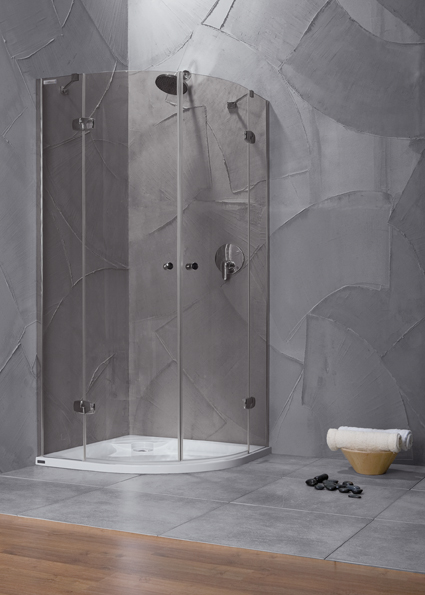 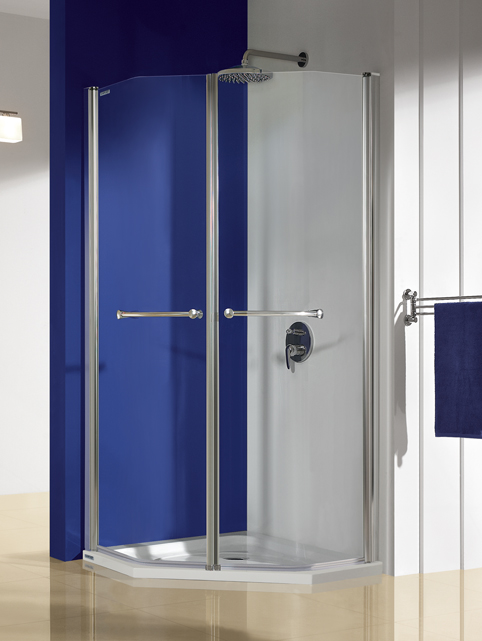 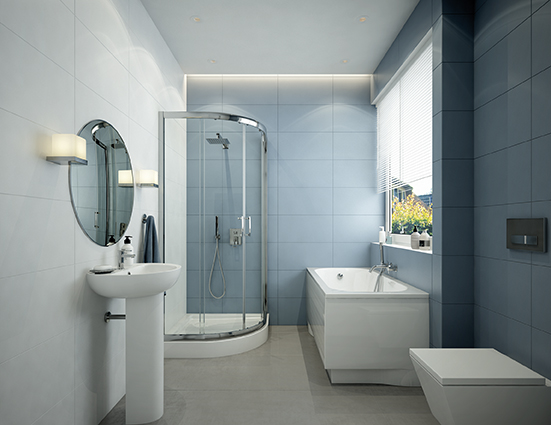 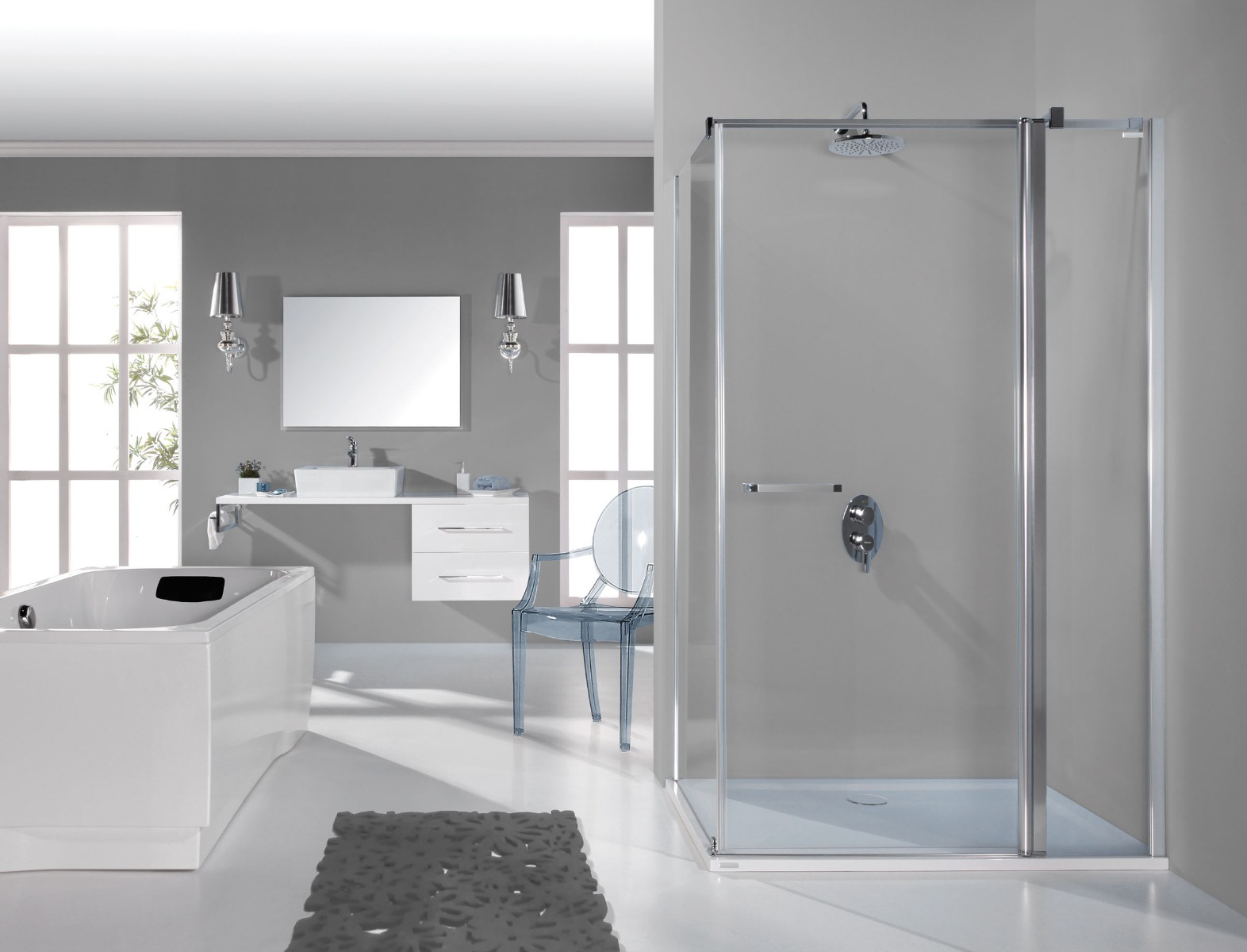 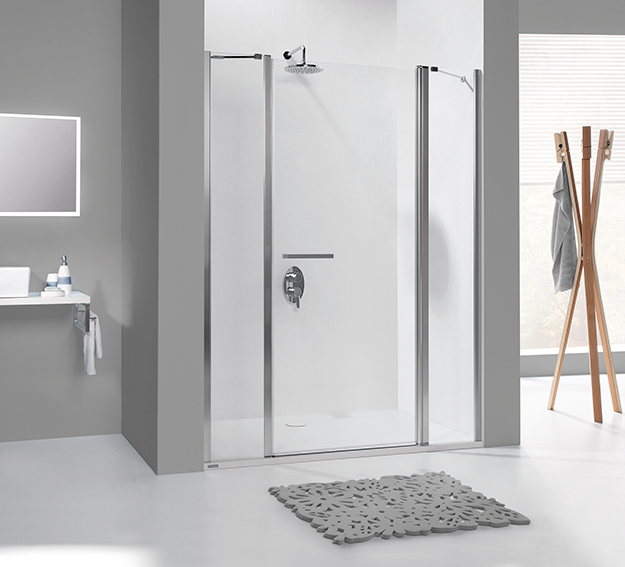 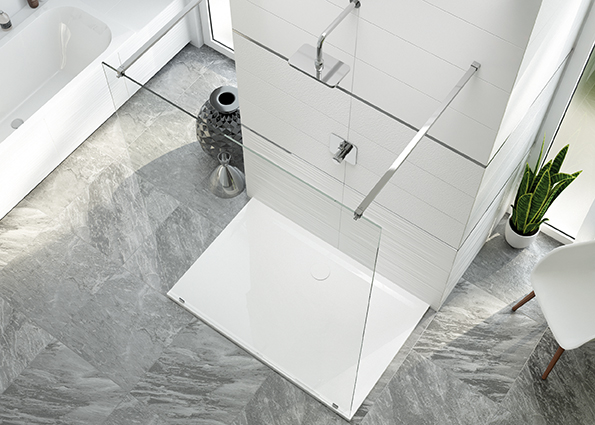 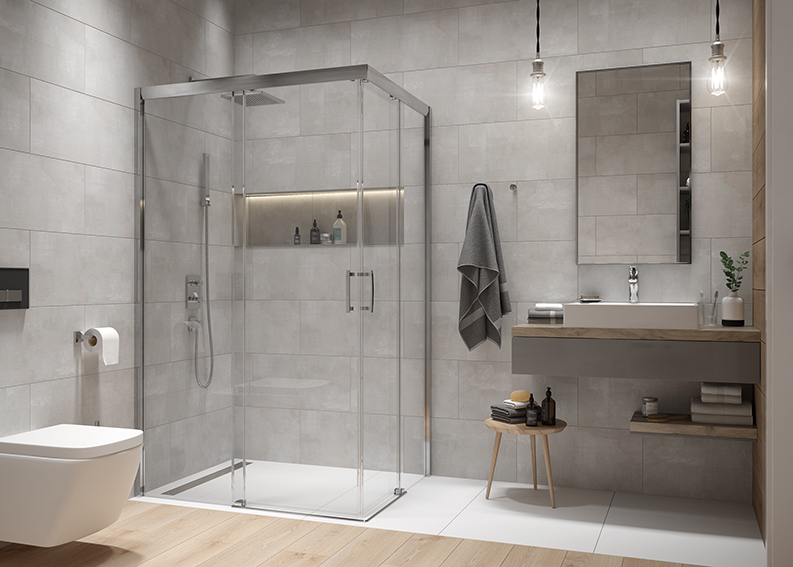 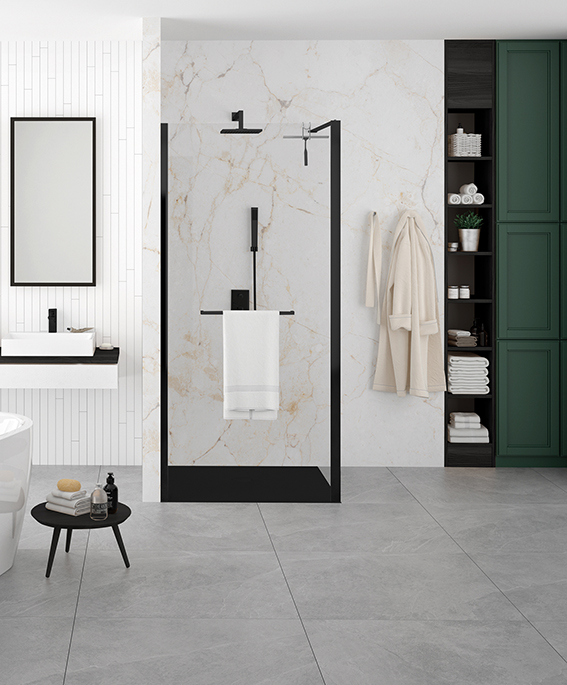 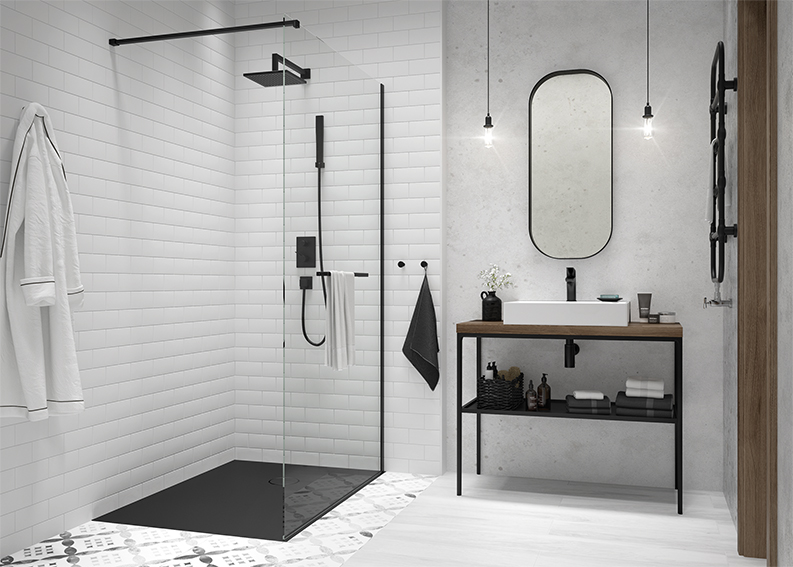 This is how the shower enclosures have been changed for years 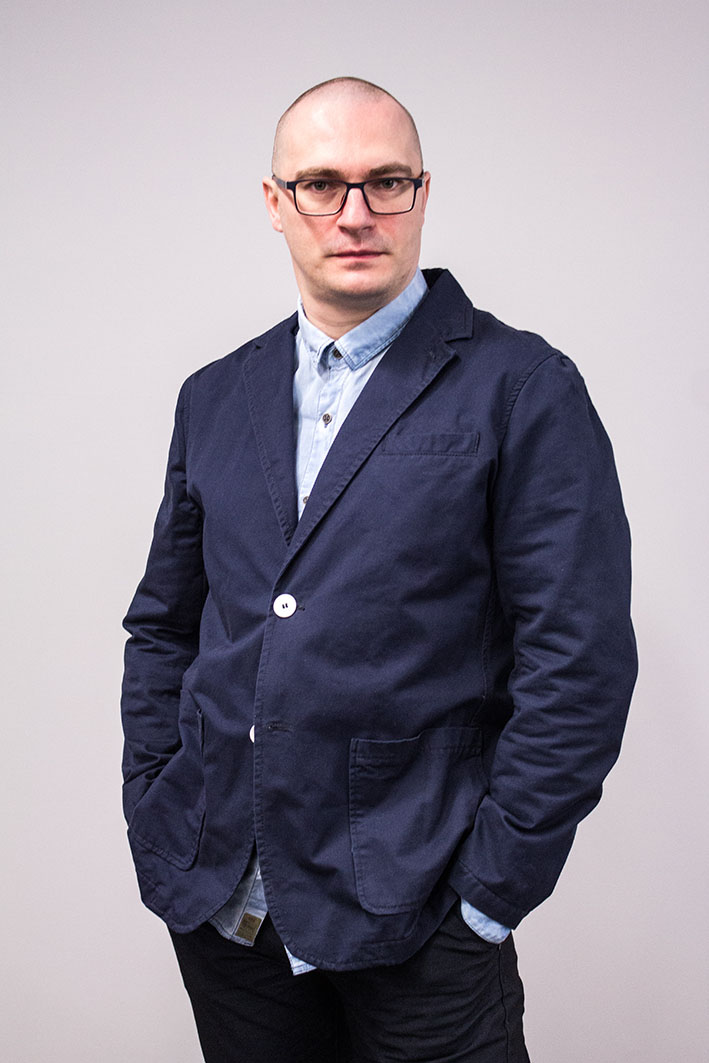 “Currently, the SANPLAST offer includes dozens of products in many variants, which is the widest offer among Polish producers. We provide a variety of shapes, designs, models of shower enclosures, shower trays, bathtubs, whirlpools systems and other accessories. This guarantees the freedom to arrange and equip the bathroom according to individual preferences. The SANPLAST brand includes shower enclosures made of the highest quality materials with highly sought-after qualities, incl. minimalist walk-in structures, rectangular shower enclosures or complete shower solutions. We focus either on the minimum amount of details or on fully equipped shower sets. We respond to the needs of customers by refining our products and introducing innovative solutions. A perfect example of this are mineral cast shower trays, which perfectly complement the offer of our shower enclosures, and whose product portfolio is the broadest on the market. Another answer to customers' questions are four-walled shower enclosures - equipped with a shower tray with an apron and a siphon, and a thermostatic or mixing faucet, so that the customer does not have to worry about matching individual elements. We try to design our structures in such a way as to facilitate assembly and perform many of its stages already in the production process. We focus on aesthetics, which is decisive for the customer in a modern shower enclosure. The product is to be not only functional, but also enchant, ensuring full bathing comfort. "

By choosing the SANPLAST brand, you choose the quality that comes from many years of experience. You become a part of history and a partner in creating the future - another 30 years of pure showering pleasure.

Take care of yourself, be ECO, save water!

Keeping hydrated every day is crucial. It affects our health and well-being. It should be remembered that all human activities have an impact on the environment in which we live. We pay attention to the natural environment and create products and solutions in such a way that the technology used also favors nature.

Design of bathroom shower trays does not have to be boring! Although the designers of fittings over the years have accustomed us to the fact that shower trays and bathtubs are usually white, current trends depart from this pattern and offer us much more unconventional solutions.

A revolution in your bathroom with EasyWallSystem

EasyWallSystem is a wall finishing system that allows you to renew your bathroom interior in no time. It is a solution that has been developed with the thinkign about client individual needs.

The history of SANPLAST began 38 years ago - in 1983. It was then that two brothers, Karol and Wiesław Podraza, started their activities in their hometown of Wymysłowice. The breakthrough year turned out to be 1991, when the first shower cenclosures were produced and introduced to the domestic market.